Learn about platforms you can use to expand your reach, engage your fans, and secure the capital needed to bring your ideas to life. 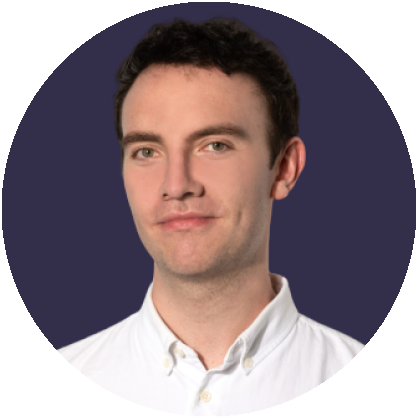 If you want to build a sustainable music career, you’ll need fans. Luckily, a major label deal is no longer necessary to gain them. There are now more ways than ever to build a community of people who love what you do and are willing to invest in you, even beyond streaming your music like crazy. In this article, we’re going to look at the different costs involved or potentially involved with creating and promoting music and how you can meet those costs by tapping into crowdfunding.

First of all, it’s important to say that making music to release isn’t entirely free, but how much is spent on creation, release and promotion can vary greatly depending on the artist.

No matter your genre, at the very least, a Digital Audio Workspace (DAW) will be needed in order to put together a finished production for release. You may be your own producer or you may employ one to produce for you. Doing your own production is normally the cheaper option, unless, for example, you invest in numerous plugins for your DAW or instruments/hardware on a regular basis.

You can of course make music in your bedroom, but depending on the production, you may want to book studio time, which is never cheap.

If you plan on creating a music video, there are also different options for this, but if you want a complicated, professional full-scale product, you’ll likely want to work with a videographer or a production house. Working with a full team on a shoot can cost 10s of thousands of euros (probably not the best use of capital if you’re at the beginning of your career). Back in the day, when we had MTV on all day, enthralled by the big budget videos of the likes of Destiny’s Child and Sum 41, music videos were arguably more important than they are today. Sure, YouTube is heavily used for music discovery, but playlists on streaming platforms are the number 1 source of music discovery.

There’s not a real need to manufacture and sell merchandise early on in your career, but if you have a large group of fans and they’re asking for it, then why not? Your fans will then actively advertise for you and possibly become even more loyal. It may even be a good idea to set up pre-orders for merch, rather than crowdfund for the manufacturing.

What better way to connect to your fans and gain new ones than by standing right in front of them and singing your hits - maybe even having them sing them back to you. Magic! Touring can be particularly costly as an independent musician though, especially if you’ve got lots of equipment to transport across continents and/or several band members.

Let’s look at a few platforms which allow your fans to subscribe and you to keep making engaging music and content around it.

Patreon is a very well-known platform which enables you to give your fans access to exclusive content (it’s not only for musicians, in case you have other creativity to share). In return, they pay a monthly subscription fee which you set.

As long as you give your subscribers what they paid for, you’ll have some nice recurring revenue on a monthly basis and can use it to make even more exciting content.

Bouncy’s concept is similar - just like on Patreon, fans pay a monthly fee to get access to high-quality content that can’t be found elsewhere, such as behind the scenes, audio files & ‘walk-throughs’ of the creative process. It’s aimed squarely at musicians and is a great place to connect with you superfans or even make your first.

On SubscribeStar, you can calculate how much revenue you’ll generate depending on your number of subscribers and the monthly subscription price you’ll set. There are comprehensive statistics and analysis and your content and date are protected.

Here are few platforms to fund individual projects - an album for example.

You may have heard of this one already - Kickstarter is a staple of the crowdfunding landscape. It is specialised in ‘creative projects’. It works on a pledge-based system, meaning that that money is only handed over to you if your goal amount is reached or surpassed. It’s common and encouraged to offer rewards to those who pledge, at different tiers (essentially, the more you pledge, the more you get). Kickstarter takes a small percentage of your totaly amount in exchange for its services.

Indiegogo works a little differently from Kickstarter. They offer ‘fixed funding’, (where you only receive money pledged if and when your target is reached), but also ‘flexible funding’, which means that you receive all pledged funds even if they don’t equal your goal amount or higher. 60 days is the max campaign time, which incidentally is the same as on Kickstarter.

Let’s leave you with a few tips:

Remember that what works for one artist may not work for you. In general, it’s a good idea to run experiments and this also goes for engaging your existing community or expanding it. MusicHub wishes you success in your crowdfunding endeavours!

Getting started with mixing your audio tracks

Web3Music, NFTs, Metaverse - is it all just a hype or what?

How to prepare your release as a DIY artist

Get the latest news straight to your inbox

You’re interested in MusicHub and want to be kept informed of recent developments and news relating to our digital music platform? Subscribe to our newsletter and get MusicHub updates via email.

Thank you for subscribing!

From now on you will receive our updates via email.

There was an error while submitting your form:

If you can't find your way around, reach out to hello@joinmusichub.de.