Web3, the Metaverse and NFTs simplified

You’ve been hearing about the Metaverse, Web3, Blockchain and NFTs for a while, want to understand these buzzwords and see how you can benefit from them as a musician? Here is a little intro. 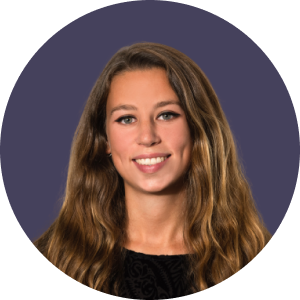 Web3 is a term used to describe a new, decentralised version of the World Wide Web, based on blockchain technology. In contrast to Web1 and Web2, "the next generation of innovations — collectively known as web3 — is all about tilting the scales of power and ownership back toward creators and users.” (Li Jin & Katie Parrot, 2021 - The Web3 Renaissance)

Why all the hype?

Amongst other things, Web3 optimists talk about decentralised social media platforms and the emergence of a vibrant trade of digital culture, using NFTs. In Web3 there are no centralised platforms, no more gatekeepers, just an empowering digital economy. In theory, this should prevent content censorship and misuse of private data by corporations or governments.

However, there are also those who view Web3 critically. They argue that the development of Web3 is tied intricately to the use of Crypto currencies, such as Bitcoin, and that many or most Web3 services will cost Crypto coins. They also can't imagine a complete disappearance of centralised platforms, since accessing large blockchains - the backbone of Web3 - will most likely still be done via intermediate softwares.

The blockchain is a system used to record information in a decentralised manner, making it difficult to hack or corrupt. Instead of the information being stored in a single data base (potentially owned by a corporation or another third party), it's stored across a network of multiple computers.

The Metaverse: a parallel world?

The Metaverse is a burgeoning digital landscape where you can live different lives, parallel to the real world. You can create characters(avatars), build customised spaced and interact with others. It can be accessed via your computer, smartphone etc. but using special headsets and virtual reality, the immersion can be 3D and more complete.

NFT stands for Non-Fungible Token and refers to a set a data stored on a blockchain. NFTs are unique and non-interchangeable: there cannot be two identical NFTs. They are a new way for artists to make exclusive content available and potentially open up an additional revenue stream.

Getting started with mixing your audio tracks

Web3Music, NFTs, Metaverse - is it all just a hype or what?

How to prepare your release as a DIY artist

Get the latest news straight to your inbox

You’re interested in MusicHub and want to be kept informed of recent developments and news relating to our digital music platform? Subscribe to our newsletter and get MusicHub updates via email.

Thank you for subscribing!

From now on you will receive our updates via email.

There was an error while submitting your form:

If you can't find your way around, reach out to hello@joinmusichub.de.